Joined Nov 6, 2020
·
33 Posts
Can you install your multimeter in series with the battery (i.e disconnect the negative terminal connection and put your multi meter in between it and the negative battery terminal and tell us how much drain there is with everything off? Just to note you may need to wait 20 mins or so until after the doors are closed etc to make sure the car has fully "shut down". Also keep your key fob away from the car as that could keep the car slightly awake listening for it.

Once you have that number you can Google to see if that's high and then start to pull fuses until the drain goes down to an acceptable level. You can then be sure of what fuse the component is on that's causing the drain and can then narrow it down further to what it actually is. Let us know how it goes.
S

uptown1982 said:
Hello Seifer, thanks for your replay.
I just want to do this test right. Are you talking about the same tests explained in this video:
A
Code:
B
Code:
Click to expand...

Yep that's the correct test, let us know how it goes.

Testing in parallel like that won't measure draw, instead that only measures the current voltage of the battery.
S

Joined Nov 6, 2020
·
33 Posts
That's quite a lot of investigating you've done which is great, however I think you may have overcomplicated it and possibly might be focusing on the wrong place, since you haven't isolated the problem to the radio yet. As you say you've had the radio for several years without issue (even if you were driving it more before lockdowns). It's quite possible it's a different component that's causing the problem all together.

I notice you've been measuring voltages which is possible to gather some insight into drain from but it's really hard to tell as you've found as it's not specific. I know your battery is new but if it's faulty with a bad cell it could act like an old battery that doesn't hold charge, so if that's the case even a small drain that's normally acceptable would cause the battery to go "flat" overnight.

Were you able to put your multi meter in series with the battery and the negative wire to measure how much power the car is using while off? As mentioned, if it's a high number then start pulling fuses to see which one causes it to go back to down to normal levels and then investigate from there.
S

Joined Nov 6, 2020
·
33 Posts
It sounds like you may have blown the internal fuse in your multimeter, maybe you had it the measurement too low or the draw is much higher than you expected (which strongly suggests a bad alternator). I would suggest to replace the fuse in the multimeter and try again, or grab a cheap replacement meter if that's too much trouble.

Here's a bit of reading for you: No reading when trying to check parasitic drain with multimeter. Help!
S

Just to be sure it's the radio, did you try keeping the fuse in but disconnecting the radio harness to make sure the power draw went down?

Installing a fuse won't help with reducing power draw unfortunately, it will do nothing unless the draw goes over a certain threshold and will then "trip" so the circuit breaks and is no longer powered. This protects the wires and circuits from overheating and burning out.

What model head unit do you have? When the cars off it should go into low power mode and not draw that much power. If it's a smart unit you may want to check the settings menu to make sure the option for that is turned on (it could be off so the radio is on full power all the time).

Next thing you may want to look into is that the wire that should be connected to ACC (which is powered off when the car is off) could be wired to a constant power connection instead. This would mean the unit thinks the car is on all the time and keeps everything on it running which would result in a high draw.

If that isn't the problem then the only real solution would be to disconnect each wire in the harness individually and see which one "fixes" the problem. If the only wire that is the culprit is the connection to battery you may want to try divert that to an ACC wire instead (like one from the cigarette lighter connection) so it's only on when the car is on.

If that doesn't work out I would contact the seller you bought the radio off with your concerns. If nothing comes from that then your only option would be to buy a new radio instead. 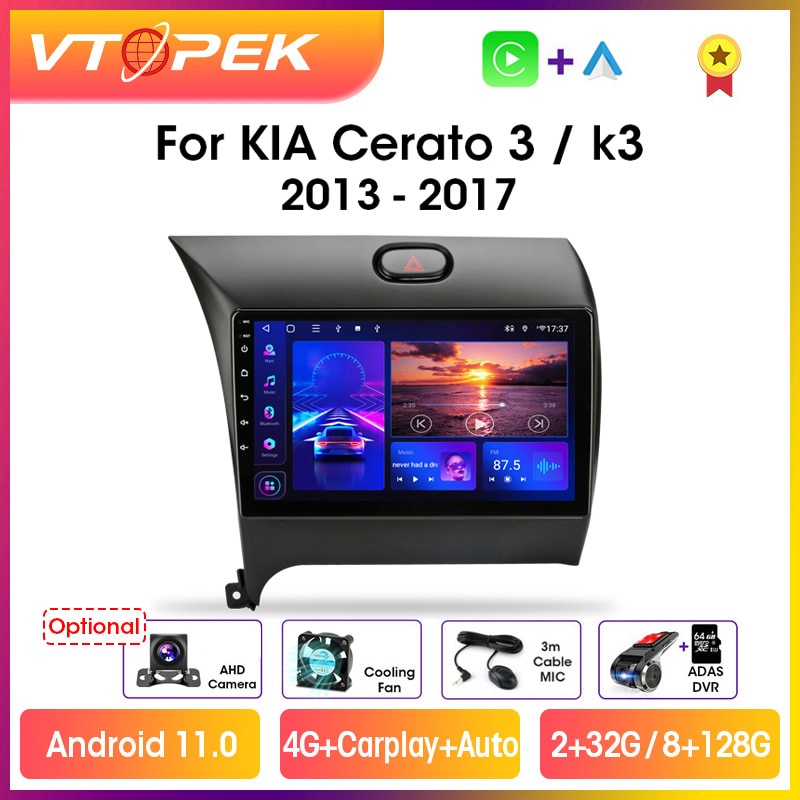 I have this sort of radio which is Android based and it correctly goes into low power mode when the car is off and (touch wood) never had any problem with starting the car even after days of no driving.

Let us know how you get on.
S

Question: Is it normal that its goes to 0.66-0.67 (highest) even the radio is disconnected or there is something else going on with this draw?

Making a current measurement inserts a voltage drop into the path which may be waking up some system in the car temporarily. Since that happens consistently I guess that's the reason and I wouldn't worry about it.


uptown1982 said:
I have the exact same model you posted from AliExpress but the brand is different (you know the chinese brand and company, they change the name every month).
It's an android radio with 9" inch screen. Android OS shows android v8.0 but the API level is 23 (which is Android 6.0 Marshmallow ).

Totally, it's the wild west out there. I think they are all based somewhat on "Joying" as I see that name come up quite often. They are a pain to get rooted/ADB working.

How long does it draw that power from ACC once the key is removed? If it's still drawing that power after 5-10 mins then that is definitely the cause and since it doesn't happen with the connector out, it sounds like it's a faulty unit.

What gets me is that from memory Connector A has it's own B+ and ACC power supply, so I'm not even sure why Connector B needs them. Does the radio work without Connector B in (minus the steering wheel controls not working)? If so you might just want to try removing the ACC pin from Connector B and see if it that just solves the issue. You probably don't want to cut the wire in your factory connector just to test that so you may need to find a way to cover over the pin in the headset somehow. If you test it again and it reads 0.0V you know you are successful.

Just to note that "fixing" that pin may also cause the "Key" pins to start behaving.
S

Not sure if you tested but just one last thing is to check that ACC wire on the factory side plug is 0.0v with the key off. If you have a schematic for the pins of the radio/aftermarket harness you might just want to double check the wires "join up" to the pin it expects ACC from, i.e it doesn't go from ACC on the factory plug to some other pin on the radio side. If it does you could fix that.

Otherwise it really does sound like this radio is faulty and the best option is to try again with a new radio. Go for a seller with high ratings/good feedback. Now you know what to look for you can quickly test it when it arrives and consult with them if there is a similar problem.
S

It's possible they might have got them reversed but it's hard to know if the radio would work at all (the ACC line might be still providing the power). If the radio comes on instantly when you turn the key then that's not likely the problem (as the device is fully powered). If it takes 30-40 seconds, then possibly.

One last thing you might want to try is to remove the B+ wire completely from the aftermarket harness and see if the radio behaves then (although it will probably take 30-40 seconds to startup each time you turn the key which may be annoying).
S

ACC isn't powering it at all then. I guess you could try splicing the free B+ wire into the ACC wire and then plugging it back in to the radio, so the B+ wire routes from the ACC power instead of the battery. This will cause the radio to only power on when the car switches on. It may take a while to startup and become annoying though so a new radio is probably better. Also since you mentioned the wire is thinner, the first time you connect it you will want to monitor it to make sure it doesn't get too hot.
S

Joined Nov 6, 2020
·
33 Posts
The risk would be very low but being on the side of caution is completely understandable. It's good you still have your factory radio to put back, I sold mine off as soon as I replaced it with the new one

Happy to help and I hope the next radio you use doesn't cause any problems.
1 - 10 of 10 Posts
About this Discussion
30 Replies
7 Participants
Last post:
seifer 4 mo ago
Kia Forte Forum
Forte Forums are where you can talk about the latest Kia sedans including the Kia Forte5 and Kia Forte Koup.
Full Forum Listing
Explore Our Forums
Koup General Discussion Performance Modifications Koup Body Kits and Appearance Sedan General Discussion New Member Introductions
Recommended Communities

AT4X versions of the GMC Sierra and Canyon.
NEW!
70+ members
Join now to ask and comment!
Continue with Facebook
Continue with Google
or sign up with email
Top